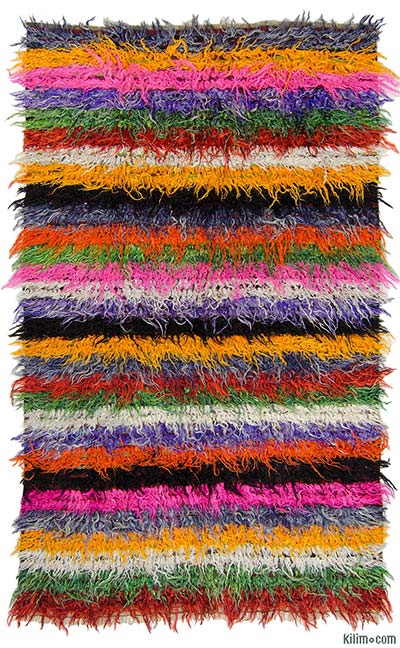 Tulu is the English pronunciation for the Turkish word, "tüylü" meaning hairy. The technique used for weaving is very similar to "gabbeh" in Iran, "Beni Ourain" rugs of Morrocco and "ryijy" in Finland. All have been produced for functional purposes rather than commercially and in mountainous regions, so they all have thick pile for protection against cold. Their weaving is more coarse so they can be woven faster at home that the sophisticated fine rugs that can only be woven from a pattern in workshops. They mostly had "primitive" designs and used undyed hand-spun wool or few colors.

Tulu carpets have been traditionally woven in Karapinar which is to the east of Konya, Turkey. This region is a half-desert like plain and to the north there are barren mountains where winters are harsh and summers are hot. Villagers used tulu rugs as floor coverings, as bed clothes, as blankets or wall hangings during cold winters. They moved to the mountains in the north with their sheep and goats during the summer to avoid the extreme heat. In our opinion, tulu carpets reflect the mysticism and regional symbolism of the area. These carpets also exhibit the Greek influences of the past generations.

Similarly, thick pile Moroccan Beni Ourain rugs were useful for the snow-capped Atlas Mountains, gabbeh were ideal on the Zagros Mountains of Iran and ryijy served as a great insulator in Finland! Many historians credit the Vikings for spreading the knowledge of this textile to the Nordic countries from the middle-east. 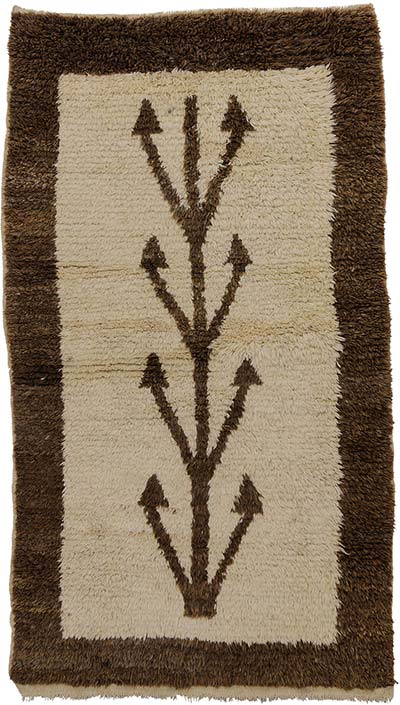 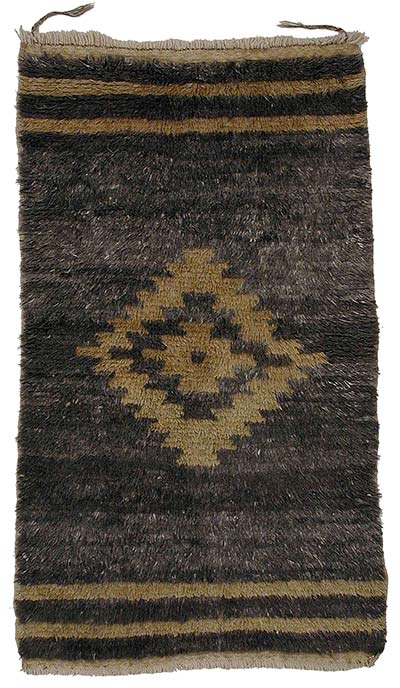 "Filikli" rugs are a special kind of tulu rugs with even longer mohair piles compared to the all wool tulu rug. You can find filikli rugs consisting of one or several separate wings that are dyed separately and then hand-sewn together. "Filik" denotes the locks of hair on the sides of kid mohair goats. A filikli weave is made up of warp and wefts and of tufting of 20 to 25 centimeter long bundles of kid fiber attached to the warps and wefts with Gordes knots. Like with tulu rugs, filikli rugs are used for several purposes: As wall decorations, bed or sofa covers, and even as prayer rugs. Besides their many uses, filikli rugs are also known as popular collectibles and textile art. While some are real eye-catchers because of their bright and shiny colors, other examples are simply left in their natural tones or show basic geometric designs.

Original tulu and filikli rugs are very rare now so we started producing tulu rugs using the same techniques and materials at sizes even more suitable for contemporary interiors. 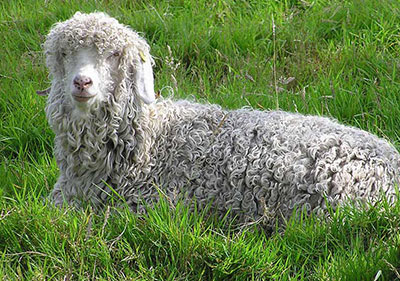 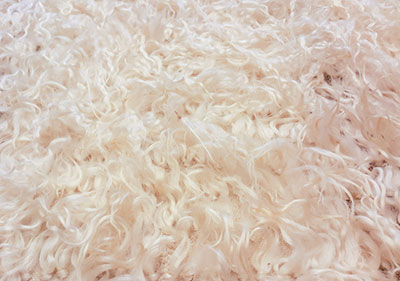 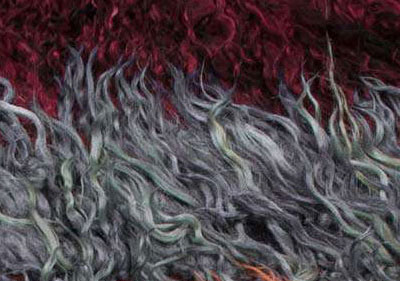 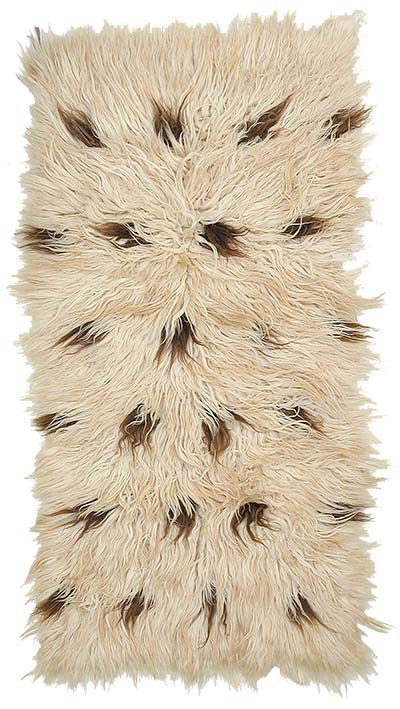 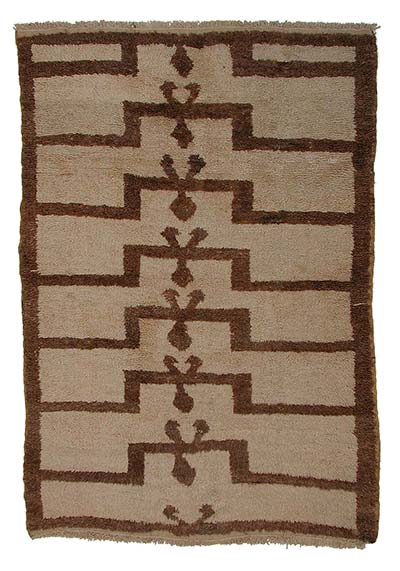 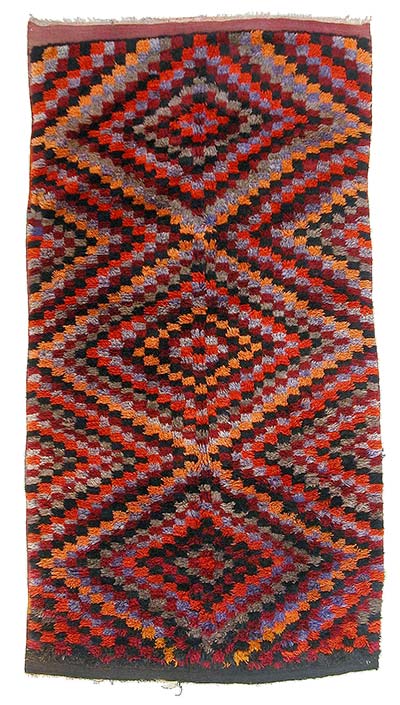 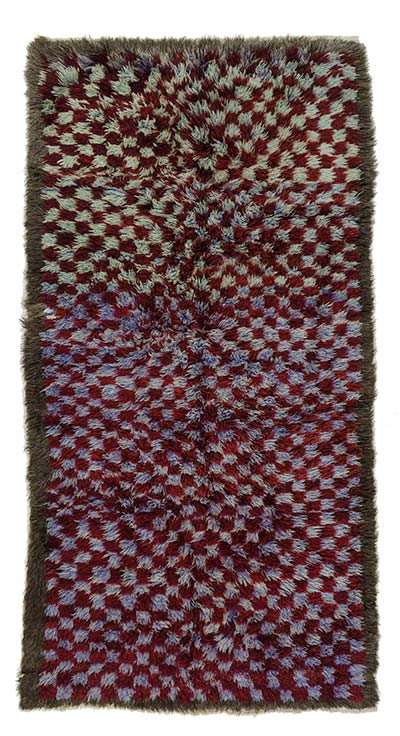 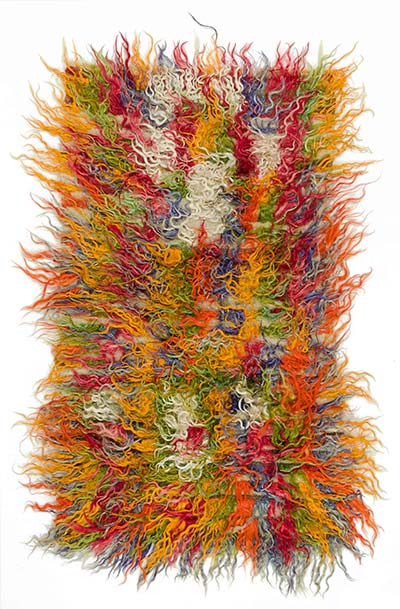 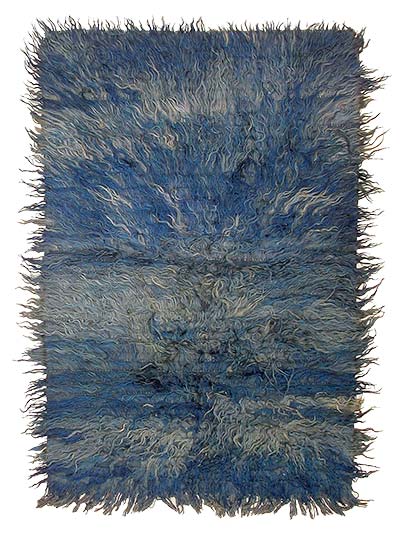 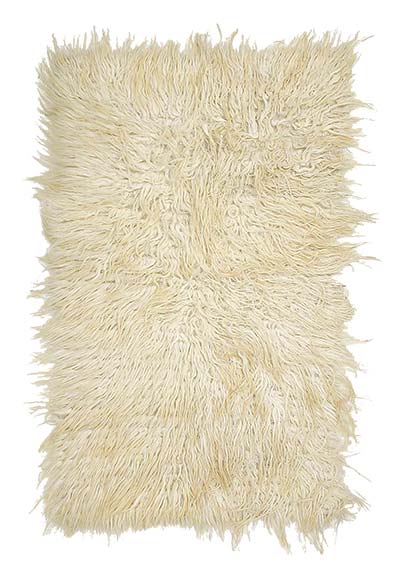 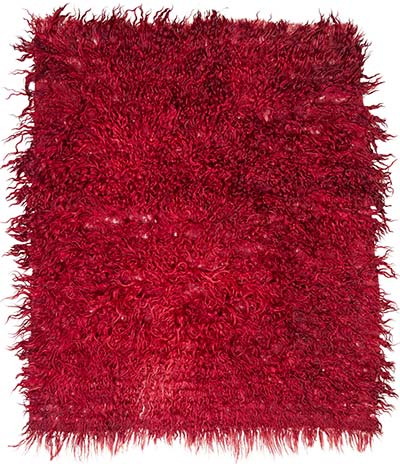 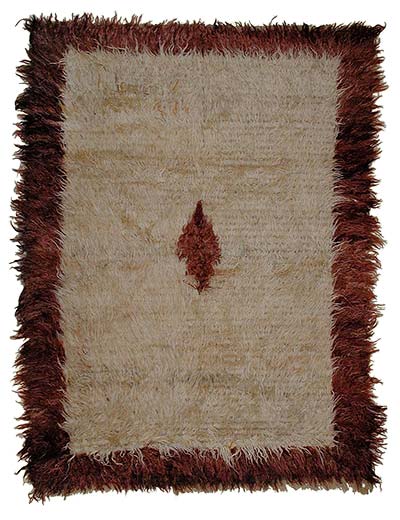 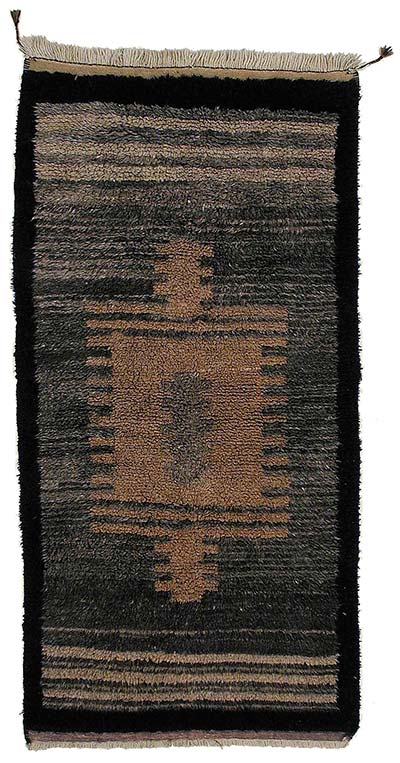 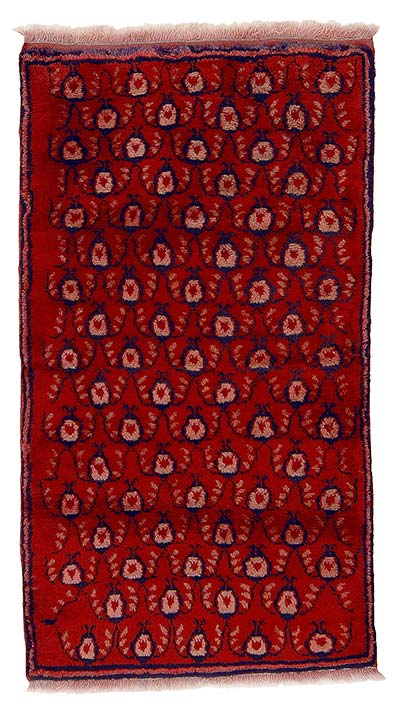 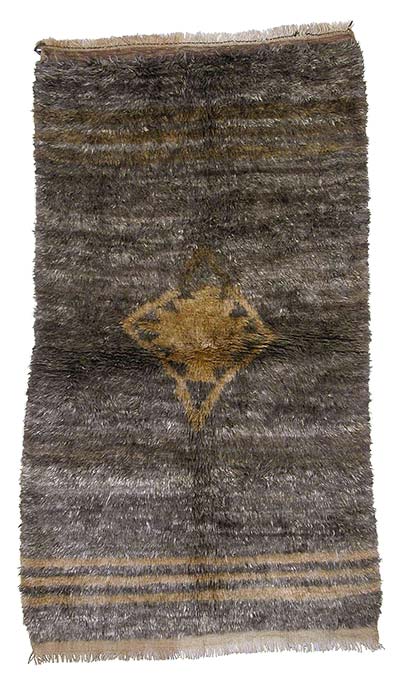 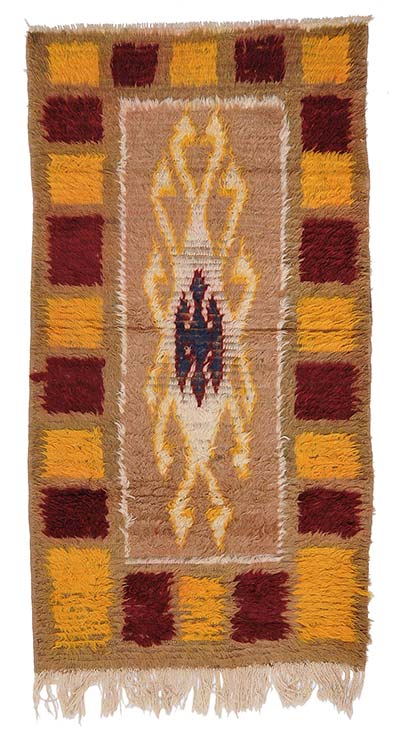 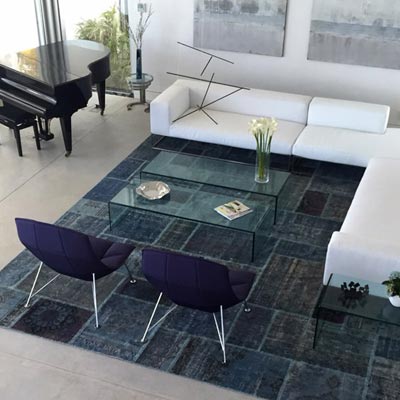 We would like to introduce you to exquisite living environments all designed with kilim area rugs, contemporary area rugs, other authentic wool rugs and more... We hope that you'll find new refreshing ideas to apply for your home in these original interior design samples.

See more about living with rugs

Designing With New and Vintage Rugs 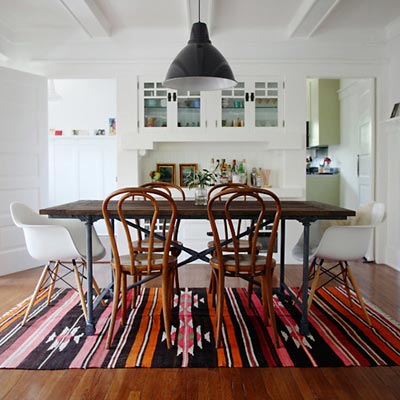 When you purchase a kilim or a hand-knotted pile rug, you are purchasing an item that has the power to completely change the character of a room – whether that means creating a central focus, bringing a space together, or the ‘wow factor’.


Read more about designing with rugs

What is a kilim 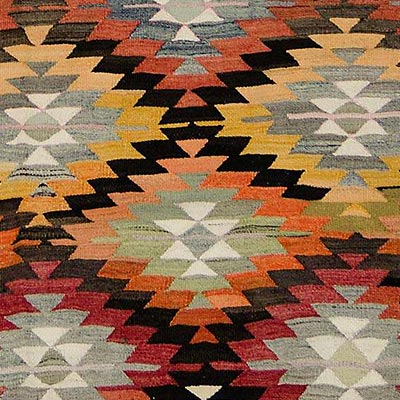 Kilim, a word of Turkish origin, denotes a pileless textile of many uses produced by one of several flatweaving techniques that have a common or closely related heritage and are practiced in the geographical area that includes parts of Turkey... 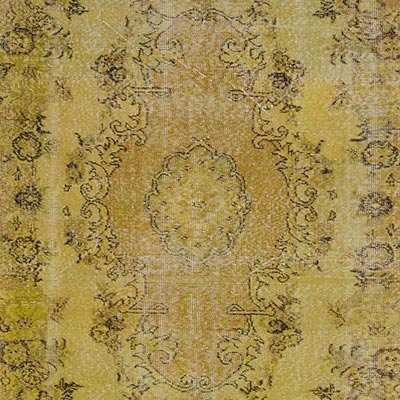 In recent years, a new trend has been emerging in the rug industry that has seen older rugs being given a make-over to complement the modern home. While the patterns and colors of traditional rugs remain an exquisite insight into regional craftsmanship of Anatolia...