Uncovering the exact origins of the kilim is not an easy task and and it is believed that the earliest forms evolved from purely utilitarian, non-decorative, non-symbolic applications of weaving in some remote period of prehistory when the human spirit began to express itself through various forms of arts and crafts. It also appears likely that the first weaves were merely a technological advance over animal skins which were probably already decorated with dyes or beads when weaving was discovered, so it is probable that some patterns of color were incorporated into some of the early products of the weaver's loom. But when and where did the technological and artistic strands come together to result in what we know today as a kilim rug remains unknown. 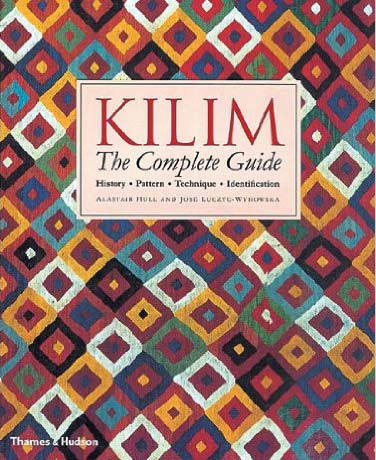 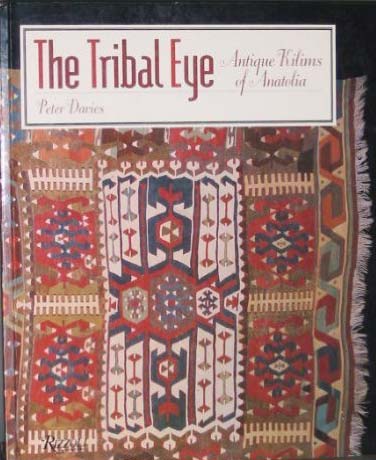 In their fine work "KILIM, The Complete Guide" the authors Alistair Hull and Jose Luczyc-Wyhowska relate some of the known historical finds and phases of kilim production, briefly treat origins giving ca. 1000 BC as the probable beginning of the slitweave technique and relate the discoveries at Fostat in Egypt where flatwoven textiles dating from the seventh to the eleventh century BC and earlier were found.

Peter Davies, in his thorough volume "The Tribal Eye: Antique Kilims of Anatolia", examines the main theories of kilim origins, says that "By the early to middle second millennium BC slit-weave tapestry seems to have entered Egypt from Syria…" giving E.J.W. Barber's authoritative "Prehistoric Textiles" as the source, and posits that "not until the fourth or third millennium BC does evidence begin to appear for managed flocks of sheep suitable for wool production" of the type suitable for dyeing and thus making polychromatic weavings. He also convincingly argues that as sheep domestication was beginning the animals still had coarse, kempy coats unsuitable for spinning or weaving, coats naturally pigmented in colors ranging "from black and dark brown through reddish and buff or gray". Indirectly Davies seems to admit, however, that "weavings using animal fibers in their natural colors" were possible in that early period.

"...at some point in time after the discovery of the loom and when domesticated sheep were already producing coats suitable for spinning, weaving and dyeing."

It can then be argued that the ancestor of the polychromatic kilim rug could have been just such a weaving of naturally colored animal fibers incorporating, perhaps, geometric motifs or designs of shamanistic significance executed in differently colored strands. What we know of Neolithic art suggests that this is well within the realm of possibility but we are still without solid proof due to the lack of physical evidence. All that can be said now is that a prototype of the polychromatic kilim rug could have evolved from weavings of natural animal fibers at some point in time after the discovery of the loom and when domesticated sheep were already producing coats suitable for spinning, weaving and dyeing.

From Samuel Noah Kramer's "The Sumerians" we know that by 2000 BC "…thousands of tons of wool were worked annually in Ur alone. Tremendous flocks of goats, sheep and lambs were raised to obtain wool…The spindle was used to spin wool, and weaving was done on both horizontal and vertical looms…". In order to have such an advanced state of production at this time the Sumerians - and their precursors in this region - must have been the beneficiaries of a very long process of evolutionary development of sheep farming and cloth manufacture. Based on the above it can be surmised that the kilim rug tradition could have had its beginnings perhaps as early as the fourth millennium BC. This conjecture, however, is supported by tenuous circumstantial evidence and is primarily based on the probability that the technology and the materials needed were available at the time in question. Placing the kilim's beginnings in the third millennium BC seems to put it more within the realm of probability. Another hypothesis, the "Goddess Theory", seeking to date these origins to Neolithic Anatolia ca. 6000BC seems to be supported by observation that many Anatolian kilim motifs appear to reflect stylized images of the archetypical Mother Goddess rooted in prehistoric Anatolia and other symbols related to that era. The search for credible, admissible physical evidence to validate the various theories will undoubtedly continue, but the earliest undisputed proof of kilim rug work found so far is of a much, much later date. 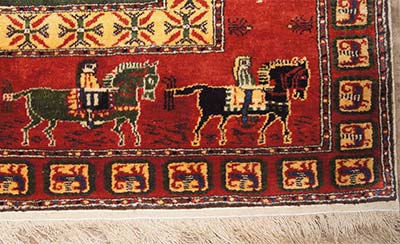 The Pazyryk trove of artifacts revealed such a high level of development and artistic skill of the population which produced them that cultural and nationalistic instincts began the inevitable tug-of-war over the ethnicity of their creators, and this contest continues online. A literature search shows that some relatively impartial authorities on the subject believe the Pazyryk finds give strong support to the theory that weaving originated in Central Asia, but this debatable claim is mentioned only in passing as we have no wish to enter into polemics. The lack of convincing evidence tying the origins of the generic kilim rug, i.e. flatweave, to a specific place and time leads to the conclusion that the technique itself was probably invented independently be various groups in several locations and at different times in the prehistoric era. However, it is widely believed that the kilim, as we define it today, has its origins in the ori flatweaves of Central Asia.